In 1970, British theater director Peter Brook traveled with Arby Ovanessian and Anthony Page to a village in Khorasan to watch Ta’ziyeh Moslem—a Shi’ite ritualistic tragedy—the year before he presented Orghast I & II, “a work in progress” at the Shiraz Arts Festival جشن هنر شیراز.

Hossein Ziai, then a Ph.D. student at Harvard known for his erudition happened to be in Tehran at the time; at the suggestion of a Tehran University professor of English he was asked to join the group so that Peter Brook may get the benefit of learning more about Iranian history, philosophy, and literature while traveling.

The group arrived at Abdullahabad, a small village near Neishapur, in May, and was invited to lodge at the home of Seyyed Reza Beyzāī, the village headman who also played Moslem, the main character in the ta’ziyeh.

Random memories of that trip are preserved on onion skin paper in a handmade, 4” x 5” leather-bound notebook that Hossein had brought along. The full story of the trip as it evolved into an adventure and in the process ignited a romance between Hossein and Mahasti remains to be told. 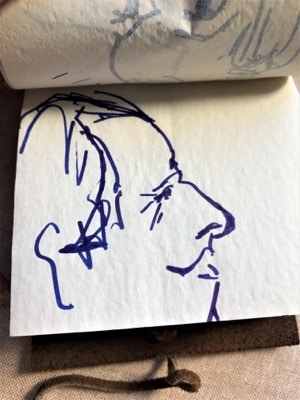 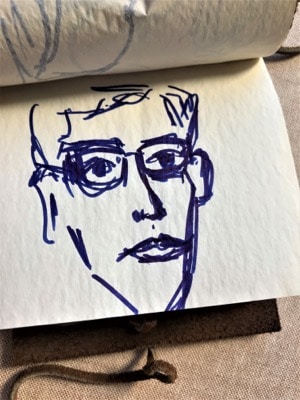 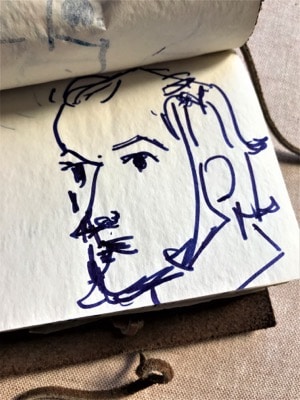 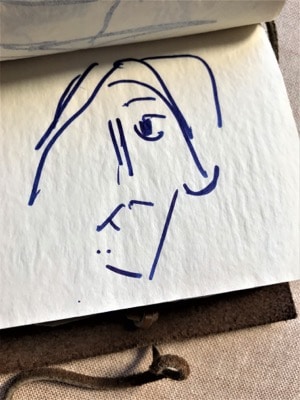 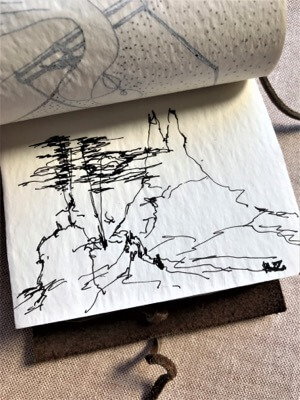 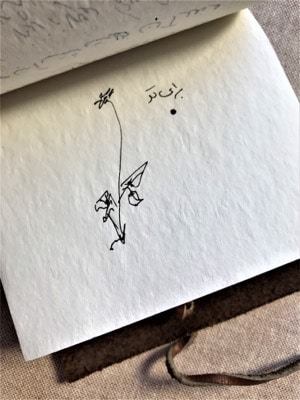 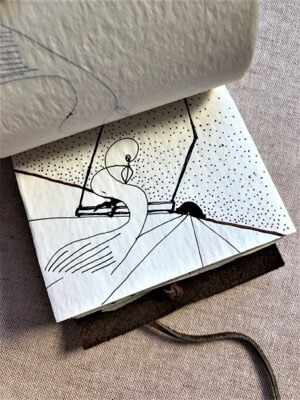 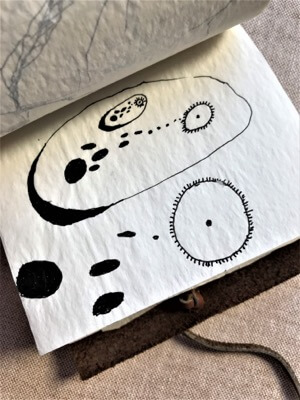 Self Portrait by Arby Ovanessian 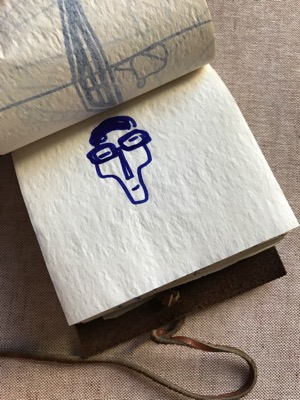 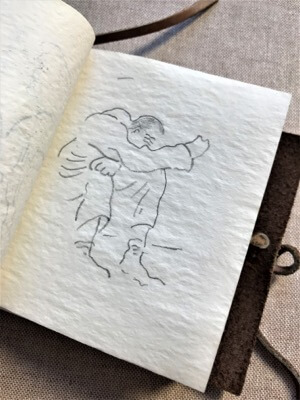 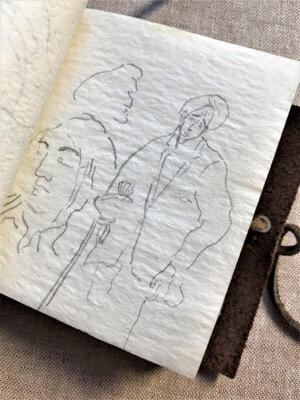 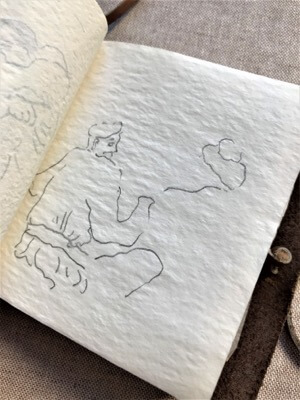 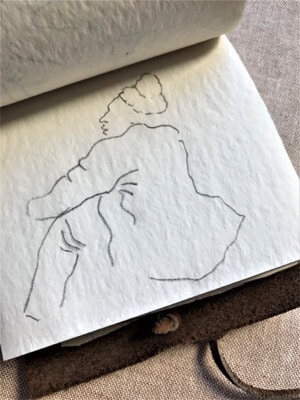 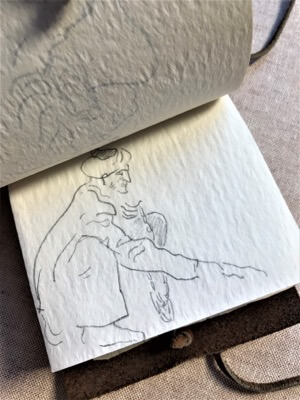 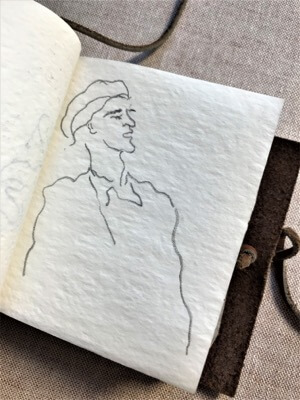 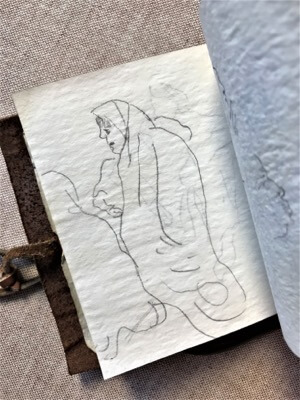 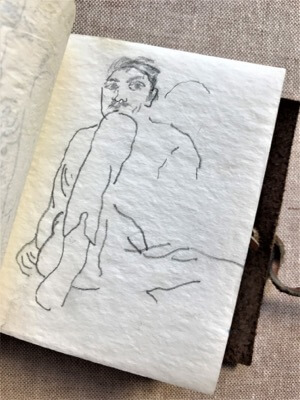